Menu
Back to all

Are You Trading Your Inheritance For a Bowl of Soup? 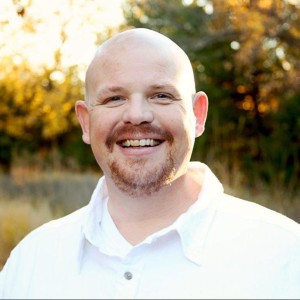 Carl Willis is a passionate entrepreneur who uses business and internet marketing as a means of impacting the lives of people all over the world. He is a published author and international speaker, having trained thousands of people in the principles of leadership, marketing, personal and spiritual development.

I was meeting with a friend today and discussing a current dilemma that he’s facing. Over the last few years, he’s been working on building his financial advisory business. He burned all of his bridges. In the past, he’d done construction type work and so when he decided to pursue opening his financial advisory firm, he decided to sell all of his tools and basically burn the bridge he came across to get there.

Through a circumstance of events, he’s faced some financial setbacks, and he found himself at a crossroads considering whether or not he was going to go get a job. And he’d dropped this idea in front of me at our Mastermind group the other day, and I got to really thinking about it. And so as we met, one of things that I talked to him about was, this was an area where I felt like he needed to make one of those defining moment decisions that he needed to look at the overall direction that he’s been working towards, and whether or not the decision to go find a job was going to support that effort.

Now just to kinda give you a little perspective, he’s been doing some side business things that were allowing him to fund his dream while he was in this building mode and unfortunately, one of these setbacks affected directly that side work that he was doing that was allowing him to make those efforts.

So what I encouraged him in was this. That what he needed to figure out was how to get that side effort that he’s been utilizing so effectively back up and running. I said, “Here’s the risk thing for you to consider. You may have to take a bit of a financial risk to make that happen. But what you’re doing is you’re staying true to the current direction you’ve been traveling. The direction that is moving you closer to your dreams.” And the thing that was striking to me was that if he surrendered all of that to go work for somebody else for 40 or 50 hours a week, making $10 an hour, yes it would pay his bills, but he would end up really selling out the dream.

And I told him my own story of coming to that crossroads about 10 years ago where things weren’t going well. I didn’t know if I would ever get the dream off the ground. I started putting resumes out. I had interviews, had job offers lined up and I came to a crossroads and fortunately for me my wife stepped in the middle and just really challenged me on the fact that I was getting ready to surrender my dreams. What was interesting though was later in the day, I had a conversation with my father who rarely would move towards the side of entrepreneurship. He always played it safe. But he made this statement to me. He reminded me of Jacob and Esau and how Jacob had gotten the birthright from Esau because Esau came in hungry one day, smelled the soup that Jacob had made and offered to trade his birthright for a bowl of soup. My dad made these profound words, they’re the title of this video. Don’t trade your inheritance for a bowl of soup.

And that’s really the place that my friend is at. The inheritance that he’s been working towards, he’s getting ready to trade that off for some momentary relief, some momentary comfort, but it wouldn’t last. And in the end, he would be unsatisfied and he would regret that he’d given up on his dreams. I’m so thankful that my wife intervened and my dad made that statement 10 years ago, because it kept me in the game, it kept me moving forward and it’s allowed me to live out the dream that God had always put on my heart and so much more than what I ever imagined that dream would be.

But I was going to trade it all for a bowl of soup and you may find yourself in that place today. The pressures of life are caving in, the bills, the demands, all of those things and you’re wondering, can I really afford to even pursue this dream God’s put on my heart? And here’s the place where you need to grow. You need to start to learn how do you figure out creative ways of accomplishing what it is you need to do to get to where you need to go?

So in my case, what I did, what my wife began to do is we began to take on freelance work to pay the bills while we were building the dream that we really wanted to create. What I told my friend today is that if I lost everything today and had to start over again, I would essentially do that but I would add one more piece. I would become either an Uber or a Lyft driver or both and I would also do freelance work. Because both of those things would allow me to still have my greatest commodity, my most precious commodity, which is my time and yet constantly be building towards the dream as I was rebuilding.

So those are some thoughts for you today. Maybe you need to look at what’s the thing you need to be implementing that opens that door of opportunity for you. So many people in America don’t have a good financial plan at work and most of the time, it’s ’cause they don’t have money. Well the question you have to ask yourself is what’s that one thing you could be doing that would open the door of resource to allow you to begin putting that plan in place?

So whether this is an entrepreneurial dream, a financial dream, a ministry dream, doesn’t matter what it is. What are those things that you may need to put in place to make that happen and at the same time, don’t fall for the temptation of giving up your dream for a bowl of soup. I hope you have a great day and I’ll talk to you again soon.

What is The Difference Between Affiliate Marketing and Network Marketing

How to Use Your Business as a Catalyst for Missions